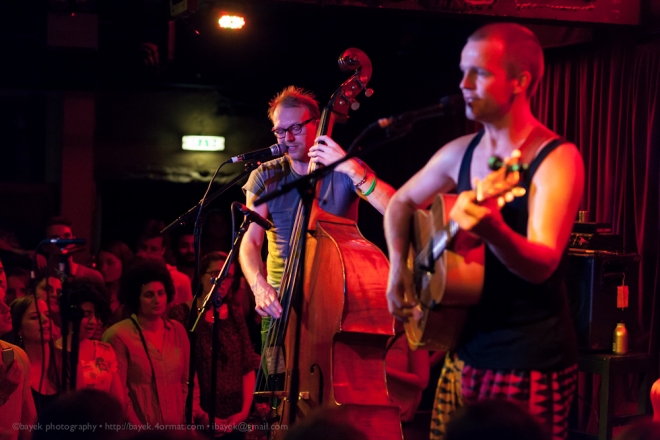 “The real thing” according to the Guardian.

But who are our Festival headliners?

“They are John Parker and Luke Concannon, a duo whom when you close your eyes, sound like a four piece, folk hip-hop band, on Devine fire.

“They are most widely known, for being the underground, independent act, that topped the UK and Irish charts with ‘The JCB song’ in 2005. However they offer far more than this one song, having recorded two albums and four EP’s, this soulful, passionate, and articulate pair, go for broke with their writing and playing.

“It is skilled, sonorous, Double bass beat box, acoustic roots rap and they have long had a fierce reputation for inspiring, moving live shows.

Having been doing their own things for the past 4 years, they have come back together to enjoy playing for folk this Summer and Autumn with some new songs, including Material from Luke’s new album ‘Give It all’.

Useful information for visitors to the area, including accommodation, can be seen here....

Heptonstall in the Past